Some people get really busy during the holidays, for me it’s April and May.  I call it “silly season.”

It’s the perfect storm of dance competition season hasn’t yet ended, baseball tournament season has begun, both my job for the previous 5 years and this one seem to ramp up at the end of the year as we begin to train and prepare for the next academic year’s activities.  Add in the end of school for the kids, both my children’s birthdays and it just seems to be a crazy time of year…every year.

My car is littered with half-empty water bottles, gatorade bottles, dance cover-ups, costumes, shoes, bobby pins, false eyelashes pulled off at 10pm after the last awards ceremony of the night and whatever baseball gear I happen to leave in the trunk after the last time I ran him to practice or a game and will likely forget to take out and give to my husband before it’s his turn, so then I’ll have to drive across town to deliver said gear when I forget it’s in my trunk have already gone to the dance studio with my daughter! 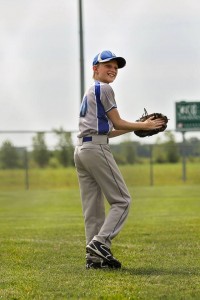 Most of it I wouldn’t have any other way…I absolutely adore watching my daughter dance and my son play ball.  They both have such expressions of pure joy on their faces – they’ve found something that makes them happy, they’re both pretty good at it and they’re having a great time doing it!  What more could a proud momma want?

Well, maybe some rest.  And a good detail job on the car.  And while I’m thinking of it, the house is kind-of a massive wreck as we are people that just seem to show up, sleep there and then head right back out again.  And, actually, right now I could really use a bowl of half pink lemonade frozen yogurt and half wedding cake frozen yogurt from Orange Leaf with nerds on top.  But that’s it, really…then things would be perfect!

So while I haven’t found much time to write lately, I have had things milling around in my head that I’d like to get out, so consider this a “silly season potpourri of thoughts.

1.  I’m not sure what it feels like to feel like I’m supposed to feel.  I mean, I know I’m not a young 20 year-old any longer, I know I’m going to have a few more aches and pains than I used to, but what “should” I be feeling like?  I’ve had symptom creep and chronic pain and fatigue for so long that I’m pretty sure my baseline has permanently shifted.  I would be so nice to feel my true “disease-free” baseline, even temporarily, just every once-in-a-while so that I could compare my present state and be a better judge of how I’m doing.  I think that would help immensely in communicating my current state to health care providers, friends and family – as well as just so I know how I’m doing!

2.  As much as I try very hard for my disease and health issues to effect my children as little as humanly possible, I know they both are affected by it – by what I can’t do because I’m tired or hurting, by me having to travel for doctor’s appointments, by me passing on autoimmune-related disease genes to my daughter (as we know by her alopecia areata at the least, and as I suspect by her own chronic health issues that are creeping up on her at almost 10-years-old).  But at least they know that I’m trying as hard as I can – both kids included some version of “I love you because even though you’re dealing with your disease you take such wonderful care of me and drop what you’re doing to take me to ball/dance/whatever else we need” on their Mother’s Day artwork/letters that they created in school last week.  Warms my heart immensely but also makes me sad that they even have to deal with it at this age!

3.  As much as I’ve trimmed my life activities these days, it’s still too much.  I no longer volunteer at the kids’ school, I do almost no housework or cooking, I don’t do any crafts/hobbies/sewing, I don’t have any social outings, I don’t hang out with friends or really even family very often, I no longer work on my side-projects of the science education writing and apps that I used to work on.  I do the minimum of side-jobs in photography (I don’t advertise – just keep working with repeat clients or clients that find me/are referred to me…I still do it because we need the money to help pay for kids’ activities, but I can barely handle the MUCH-reduced client load), I do watch every dance competition and baseball game I can (because frankly I wouldn’t miss it for the world, no matter how fatigued or in pain!) and I do still work at the dance studio front desk while my daughter is in class (mostly because I’d be there anyway because she’s there, but also to help pay for dance!)  There still may be things I can cut out (stop photography altogether or no longer work at the dance studio) – but those are things that (1) I do enjoy and (2) help us pay for the things I absolutely LOVE (allowing her to dance and him to play baseball and be in scouts).  I still feel like I’m treading water and not really keeping my head above water.

4.  No matter how insanely frustrating it was to wait for 7 years to get an accurate diagnosis for myself, it is a billion, gagillion times infinity times harder to wait for your daughter to get a diagnosis.  She’s better overall gluten-free, but still has bad days.  Her latest alopecia areata spot has begun growing baby-hairs after going gluten free, but she still has days home from school in enough pain that she just can’t do it – and days when she is hurting but not quite as bad so she sucks it up and goes to school but is probably not having a great time most of the day…goodness knows I know what it’s like to be at work and not feel great!  Her dad recommended a pediatrician while we wait for the peds gastroenterologist appt in mid-June…the pediatrician said basically the same info our family doctor had provided – if gluten-free is making her feel better then keep it up, she’s likely going to have a scope in the future to try to figure out what’s going on, it’s likely auto-immune related.

5.  This is the first summer since 2001 that I have to work during the summer (was a teacher for 10 years, worked “from home” the majority of the next 5 summers with a very light load and now this year have to work full-time in the office all summer).  Boo.  I’m going to so desperately miss that time with my kids

6.  My “look better feel better” campaign really did work – it did make me feel better, however it was not maintainable once I started a full-time out-of-the-home job.  Boo.  I miss that.

7.  My children are growing up ENTIRELY too quickly (one is finishing elementary school next week and is taller than me and the other one is finishing 4th grade and her feet are now the same size as mine) – however they are such amazing people and continue to become more amazing every day.  They are kind, empathetic, funny, optimistic, smart, creative, and just all around good people that if they have to grow up, at least I can be happy that I like who they’re becoming.  And not just in a “I’m their mom so by default I like them,” but in a completely impartial “I really do like these people – they’re cool people with big hearts and if they were strangers I’d admire them and want to hang out with them” type of way.  Wo-hoo!!!

8. I like that I’m living more open and honestly.  I like that I’m showing people what it’s really like – how chronic illness is filled with guilt, pain, isolation, struggle, growing, reflecting and all the other things that have come along with it.  I like momastry.com and she got her start by realizing that people always think others’ lives look pretty and sparkly from the outside but that’s because we never really show others what it’s truly like on the inside.  I had an aha moment the other day when I realized – hey, I’m doing what she’s doing.  I’m letting people see what it’s really like to live this way.  And as much as it sucks and I struggle, I do write about how it’s helping my kids to be even more empathetic, how I still continue to have hope, how you can start to work through the guilt, how to obtain and organize your medical records to advocate for yourself and how I still continue to fight despite the idiots I face in my path.  And I have people contacting me every day sharing their own stories with me and letting me know that I gave them the courage to talk about how they really feel with their family and friends.  So, hey, I get to think I’m a little bit like someone that I think is doing a pretty cool thing – that’s always cool!

This is my one weekend of 2015 where we have a baseball tournament and Shana also competes (but only her solos this weekend, so it’s just Sunday morning rather than the entire weekend!) – it’s the silliest of the silly season.

Maybe I’ll hit the Orange Leaf on my way home to get the kids and head to the ball park! 🙂