So it’s been waaaaaay too long since I’ve updated.  What have I been up to?  Baseball tournaments, dance, baking a bazillion gluten-free breads and treats for my daughter.

We went to the children’s hospital recently for our long-awaited appointment with the pediatric gastroenterologist.  A very wonderful doctor confirmed that my daughter does not (at least at this point) have Celiac Disease, but she does indeed have an intolerance to Gluten.  Shana was very concerned before this appointment that he was going to have us put her back on gluten for a period of time to confirm it and she didn’t want to do that – she didn’t want to feel sick, she didn’t want another bald spot to develop and she didn’t want to miss out on dance classes and summer fun.  So she was thrilled when he told us that we could do that if we wanted, to confirm the need to remain gluten-free, or we could just go with it.  He said that if she’s OK eating gluten-free and she’s not wondering “do I really have to do this” and she’s feeling good – let her be.  He said if she gets to the point in life where she’s wondering “do I REALLY have to eat like this?” then we can go through the process of re-introducing and doing the testing/scopes, etc., to confirm it.

For now, she’s completely OK being gluten-free and doesn’t feel the need to confirm it by re-introducing it.  We have enough proof through our food diary from this spring (especially when she was unknowlingly being glutened because she thought she was eating safe things and yet ended up feeling bad – for example she thought cornflakes were OK but keep feeling sick…and then we learned that malt flavoring has gluten and cornflakes has malt flavoring.)

So, I’ve spent a lot of time baking for her because (1) I love to bake, (2) she’s enjoying baking with me and (3) I want her to know she can have just as many fresh and yummy things that are gluten-free (and most of the stuff we find in the store is neither fresh nor yummy) so that she won’t feel like she’s missing out – so she’ll be able to stick to it and not feel left out. 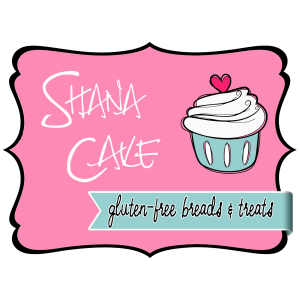 I started a baked goods business.  At first it will just be on the side and at farmer’s markets…but who knows!

So, if you have a second, like the page on facebook (www.facebook.com/shanacakeglutenfree) or visit the website (www.shanacake.com) and learn all about why I named it “Shana Cake” 🙂

And I promise my next post will be how I’m doing with Sjogren’s lately…I have some thoughts I want to get out and process more fully, which I tend to do when writing about it! 🙂  But I just wanted to share what I’ve been up to with my daughter and our baking lately!